We admit that part of Connecticut's charm is being able to leave. People love to talk about how close we are to those "real cities", Boston and NYC, but who has the resources to actually go on any regular basis? I rarely leave my bed, let alone cross state lines. Although it can be rewarding to hunt down fun activities in Hartford, sometimes we don't want to have to work for it. Fun should come to US! Luckily, we live in the center of everything (middle of nowhere?), and can drive in pretty much any direction to find someplace worthy of our "travel" tag.
When gay culture was still new and fascinating (and hadn't completely taken over our lives yet), we would oft stroll around Northamption center and admire the rainbow flags, lesbian street performers and gift shops full of useless novelty items. We returned recently to reaquaint ourselves with the area, and see if record stores still exist. 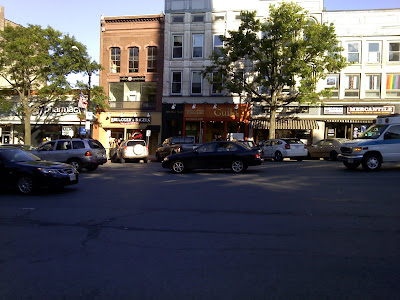 They do, but are definitely on the endangered species list. Noho's Turn It Up! Records is still hoppin'. They are still in their cozy basement locale on Pleasant Street. The place is packed with have bins of new and used vinyl, CDs and DVDs, which I am mostly too lazy to look through these days, but it's nice to see people are still into that. Sadly, Dynamite Records was DOA. All that remains is a skeleton of their most recent location on Main Street, evidence that there was a time when two records stores could coexist peacefully. 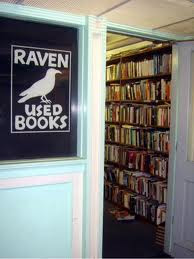 I'm not sure why the mark of a vibrant cultural community is an abundance of stores that sell old used crap, but we all know it is. Raven Used Books has been a beloved Noho landmark for 17 years. The large college population helps keep this place afloat, but anyone could spend an entire day in there. I found an adorable book of Andy Warhol's cat prints, and a posthumously published Jack Kerouac/William Burroughs collaboration that was on a clearance rack. (Clearance racks being the only place I can afford to shop). 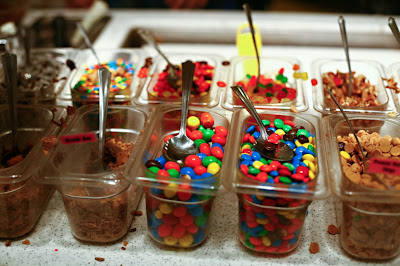 Since it was the middle of the day, we decided to indulge in ice cream rather than booze. At Herrell's I tried a vegan caramel ice cream made from Mimiccreme. It was possibly the best thing I've ever eaten. 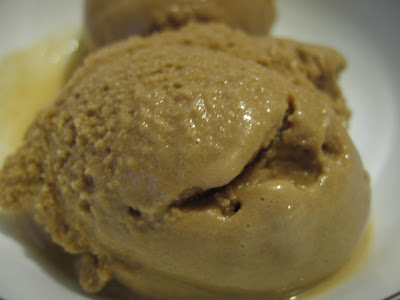 After hitting up all our old favorites, we needed some guidance on binoculars. Luckily, "Backyard Birds: A Birdwatcher's Store" was nearby! It's run by a really nice older couple that explained binoculors to us and let us wander the streets of Noho trying out various pairs. 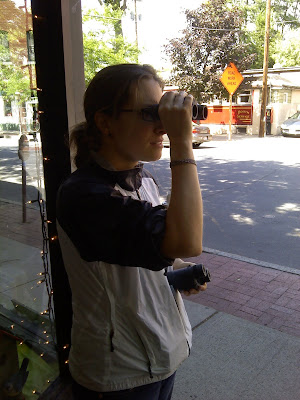 Connecticut, you know I love you, but sometimes I gotta go see my MA mistress to keep things interesting.
Posted by Jackie Scenic at 1:47 PM